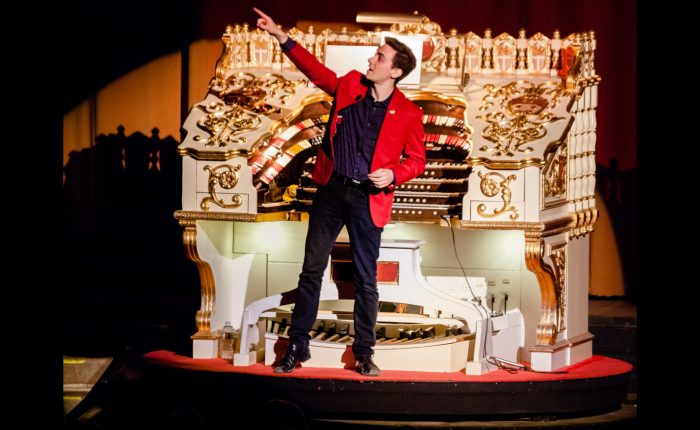 TOSAQ presents Nathan Avakian, who returns to Brisbane for this 2017 Australian tour ‘Synthesis’. Synthesis is a brilliant fusion of the cinema pipe organ with 21st century virtual instrument technology to produce a signature sound no other combination of instruments and musicians can generate. Nathan will take you on an unforgettable journey during his second concert tour of Australia.

Renowned for his tasteful blending of 21st century virtual instrument technology with cinema organ music, Nathan’s program will include music from Jersey Boys, Somewhere in Time, Slumdog Millionaire, The Devil Went Down to Georgia, and hits by Queen and the Trans-Siberian Orchestra.

The program will also include brand new award-winning silent films from the International Youth Silent Film Festival. As resident organist and composer for the festival, Nathan creates music that inspires young film makers around the world as they reinvent the art of silent film.

TOSAQ will present ‘Synthesis’ in comfortable cabaret style seating with projection of the performance on screens from multiple cameras bringing the audience closer to the action. Enjoy a complimentary drink (wine or fruit punch) on arrival and afternoon tea at interval.

It’s the ‘retro’ experience of ‘The Christie’ organ rising out of the floor, just as it did in the luxurious Granada Theatre in the 1930’s, is just one of the reasons that is attracting music lovers to TOSAQ concerts.

Brisbane’s singing sensation Sarah Collyer will be joining Nathan on stage to sing songs from his new album ‘Synthesis’. Sarah is a full time performing and recording artist as well as a voice and performance coach. Sarah is a regular at the Brisbane Jazz Club and the Emporium Hotel.